I was talking to my friend Don from M2M Circuits last week, and he was telling me about his Maker Modem project. I told him it sounded interesting, and I wanted to try it out. He got me together with Jesse, the other brain behind M2M Circuits, a few days later. 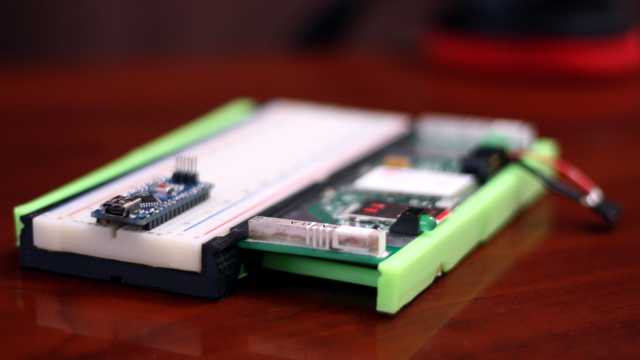 They explained how the Maker Modem works, what makes it different from other existing solutions, and they handed me one of their prototypes. I am a little late to the party here, so I had to use one of the first-generation prototypes. The new prototypes use a different power connector, and they have more indicator LEDs. For my purposes, they’re identical to the newer prototypes.

Why did M2M Circuits choose Verizon?

Jesse from M2M Circuits explained the problem that started the journey towards their Maker Modem. His father spends hours driving around his farm taking measurements from wells. Jesse accompanied him on one of these trips, and he immediately realized that he could save his father a bunch of time and effort if they automated this process.

He tried the cheap 3G modems you can get from China, but he just couldn’t get a signal out on the farm—even with a giant antenna. Verizon is the only game in town in very rural places, and Verizon doesn’t allow these devices on their network.

I was more than a little skeptical about the idea of a modem designed specifically to be used with Verizon, but Jesse’s story convinced me that there is a very real need for an easy-to-use 3G or 4G modem with Verizon’s seal of approval. If you need to get your “Internet of Things” way out into the middle of nowhere, there’s no better solution than the Maker Modem.

The guys at M2M Circuits explained to me that “M2M” stands for “Machine to Machine,” and they told me a bit about Verizon’s “M2M” pricing. I thought it sounded outrageous, so I looked up the pricing myself.

With the Maker Modem, it is extremely easy to send and receive SMS messages. This will be a huge savings on your M2M data plan, and simple text messages will work great for tasks like periodic sensor logging or two-way communication of your remote micro-controller.

It is ridiculously simple to talk to the Maker Modem from an Arduino. You can connect the Maker Modem to your computer using the USB port, and this worked great for manually testing the device. The modem also has TTL serial pins, which makes it easy to connect it to an Arduino. 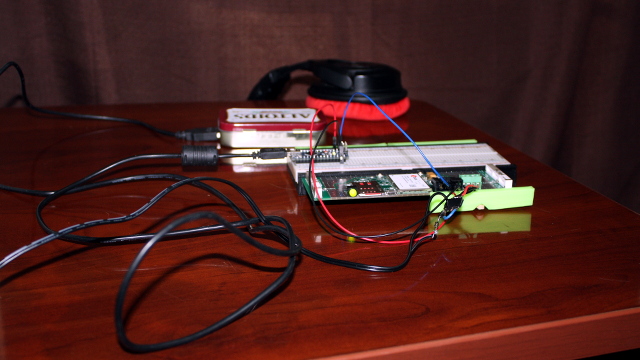 All I had to do was connect ground, transmit, and receive to my Arduino Nano, and I was up and running! From here, it was a simple matter to send the appropriate AT commands to the Maker Modem to send myself a text message.

Receiving text messages didn’t look much more complicated, and M2M Circuits has an Arduino library for the Maker Modem to abstract all of this away from the end user. I didn’t have a lot of spare time to dig much deeper, though. 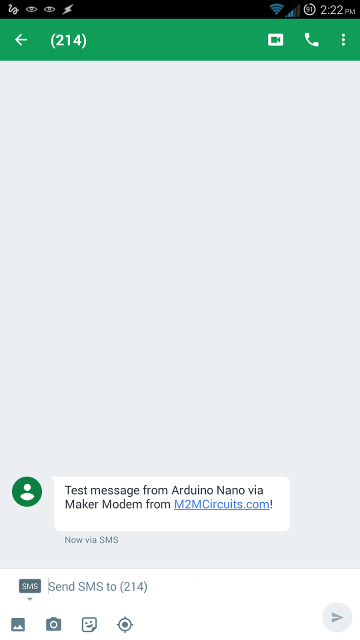 The Maker Modem is on Kickstarter!