It has been almost two years since I bought my first DSLR—a used Canon XSi. The first upgrade I bought was a Canon 50mm f/1.8 prime lens. Being able to use such a huge aperture on that ancient camera was a fantastic upgrade. It wasn’t much later that I discovered the Yongnuo 35mm f/2 lens. It was just as good as the Canon 50mm, but it was a much more appropriate lens for me to carry with me.

It was the correct lens more often, but there were still plenty of situations where I needed a longer lens. I did some research, and I found the Tamron F/2.8 28-75mm. It covers more than the range of my prime lenses in both directions, the aperture opens nearly as wide, and a used Tamron 28-75mm doesn’t cost much more than my two prime lenses. Were the prime lenses a mistake?

NOTE: I haven’t searched through thousands of photos to find the very best in my collection. These are just photos that I like, and that I enjoy. Most of them were used in other blog posts!

Yes, the prime lenses were a mistake. Sort of.

I like having the prime lenses in my bag, but I rarely use them now. I can’t even tell you when I last had one on my camera. I do sometimes miss the size and the weight savings, but the Tamron 28-75mm is much more versatile, and F/2.8 is close enough to F/1.8 most of the time. In fact, F/2.8 is often way too wide open on my current camera—a full-frame Canon 6D.

I learned a lot shooting with the primes, but I’d recommend that you skip the prime lenses and jump straight into the Tamron F/2.8 zoom lens. 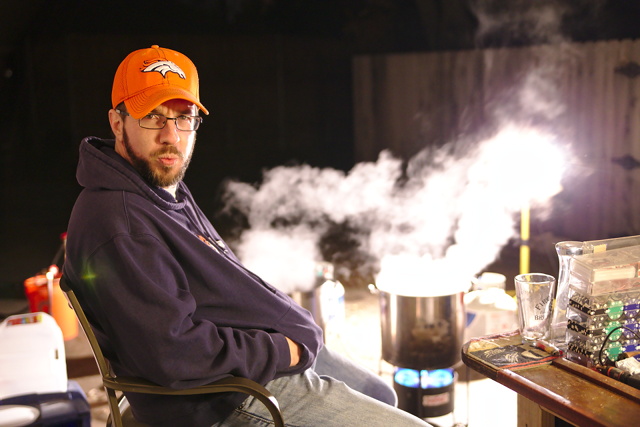 I already wrote quite a bit about my two primes. If you still want a prime, here’s the short version of my advice. Buy the Yongnuo 35mm f/2.0 for a crop-frame camera or the Yongnuo 50mm f/1.8 for a full-frame camera—in those conditions, they have roughly the same effective zoom.

But this Tamron lens doesn’t have image stabilization!

I know. There are comparable lenses that have stabilization, but they cost quite a bit more. The rule of thumb is that you can take a stable shot if your shutter speed is the inverse of your focal length. That means you should be capable of taking a steady shot at 75mm with a shutter speed of 1/75.

This only starts to get problematic in dim lighting. It was rare that I longed for image stabilization with this lens on my old Canon Rebel XSi, and the lighting would need to be extremely dim to prevent me from getting a shot with my Canon 6D.

I took this into consideration when I was buying this lens. I knew image stabilization would buy my two or three stops. I also knew that a camera upgrade would get me at least two or three stops worth of usable ISO. I figured the extra $500 would be more valuable to me on my next body.

This worked very well for me. Your situation my be different, so your mileage may vary!

The Tamron F/2.8 is a full-frame lens. You can use full-frame glass on a crop-sensor camera, but that doesn’t always work in the other direction. I tried to future proof as much as I could, so I was only shopping for lenses I could use on my eventual full-frame camera.

When I was shooting with my crop-sensor Canon Rebel XSi, I felt like the Tamron zoom lens was all I’d ever need. Crop-frame cameras enlarge your photos by about 60%. Their smaller sensor can’t see all the light coming in—they effectively ignore some of the light that would hit a 35mm sensor.

That extra zoom makes 75mm feel like 120mm. That’s not exactly telephoto territory, but it sure brings things in much closer than the naked eye. You can easily shoot on the other side of the street.

The Tamron 28-7mm zoom is still my favorite lens. In fact, it spends most of its time mounted on my Canon 6D. It is a fantastic lens for shooting indoors. I can use it for taking close-up shots of small, inanimate objects, and it is a reasonable portrait lens when zoomed to 75mm.

My only complaint since upgrading to a full-frame camera is that I had to buy a lens to supplement my Tamron zoom lens. Full zoom on the 28-75mm with the Canon 6D is an awful lot like shooting with a nifty-fifty on a crop sensor. That’s about as far as I need to zoom when I’m indoors, but I surely can’t get a good shot of something on the other side of the street! 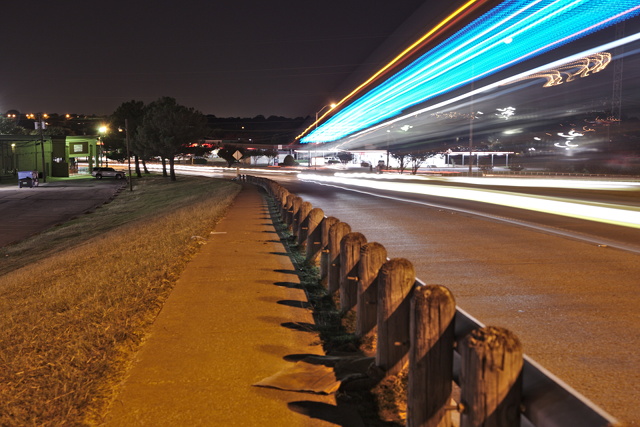 It is actually quite rare that I shoot outside, but I decided to add a telephoto lens to my bag. I ended up buying an ancient, used Tamron f/4.0-5.6 70-300mm lens. I wasn’t careful, and I believe I ended up with a pre-DSLR lens for film cameras! It does a fine job on a sunny day, but it works best if you keep the aperture wider than f/8.

Yes. I believe I still would. The Canon f/4 24-105mm would be a great upgrade, but it also costs a lot more than the $250 I paid for my used Tamron. I could buy a lot of interesting toys with the money I saved. 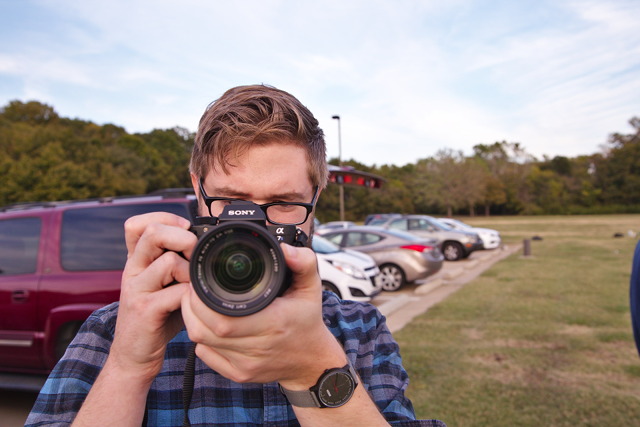 That said, you may shoot differently than I do. If I spent most of my time shooting on the streets, I would find the extra 30mm to be invaluable. For my uses, 75mm is more than enough to shoot people that are less than 20 feet away, and I’d hate to give up the f/2.8 of my Tamron zoom lens!

I have been shooting with my Tamron f/2.8 28-75mm lens since May 2016, and I’ve been using it on my Canon 6D since September 2016. In that time, it has rarely been removed from my camera. My wife took her Canon 60D on a week long trip once, and I let her take the Tamron with her. I felt lost several times that week. I was probably only shooting here at my desk for the blog, and I was using my Yongnuo 35mm prime. It is a fantastic lens, but it felt weird having to use it!

If I lost this lens, I would buy another in a heartbeat. I would go straight to Amazon and order one with zero hesitation. It is versatile, sharp, and the price is unbelievable.

Do you own a Tamron f/2.8 28-75mm lens? Do you own one its competitors? Let us know what you think of it in the comments!