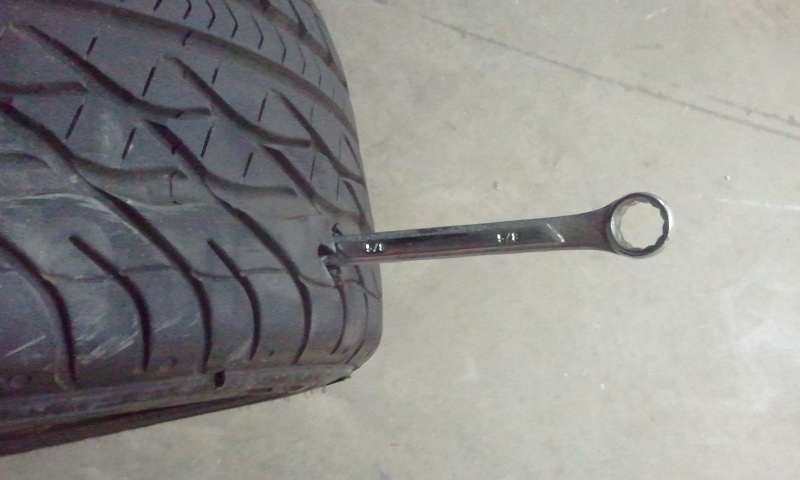 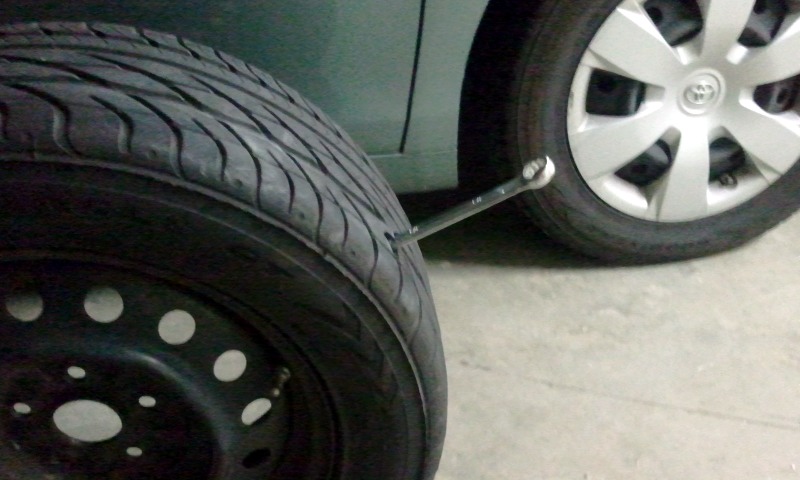 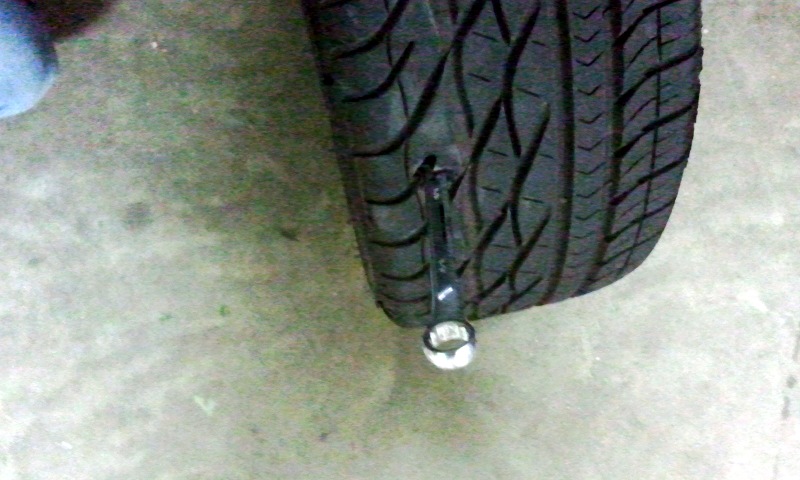 We were getting ready to start working on the arcade cabinet last when we realized that we didn’t have any of our bar clamps. John remembered that he lent them to our friend Joe the other day, so we took a walk over to Joe’s house.

When we got there he asked us if we had a few minutes because he wanted to show us what happened to him earlier. When we walked over to the car we noticed the small donut spare on the passenger side rear corner of the car. First he showed us some of the damage. The bumper cover had a split in it near the wheel well and every bit of plastic covering around the inside of the wheel well was torn up.

At first I was trying to figure out what sort of oddly shaped high curb he must have hit to manage to make that happen… Then he pulled the tire out of the trunk using the 5/8” wrench protruding from the tire as a handle!

We’re all very curious how it actually happened. We know he was driving at about 35 miles per hour on a straight stretch of road. I’m thinking the front tire may have driven over it and bounced it off the ground and that put it at the right angle that it could somehow puncture the tire. John thinks it may have somehow gotten kicked up over the tire and gotten wedged between the tire and the frame of the car then got forced in as the wheel turned.

Wrenches through tires seem to be a pretty rare occurrence. I only found one similar picture in a few quick Google image searches.