I’m stretching the definition of the word “upgrade” a little bit in this case. It might be more appropriate to refer to this as more of an “add-on.” I’m going to call it an upgrade anyway… 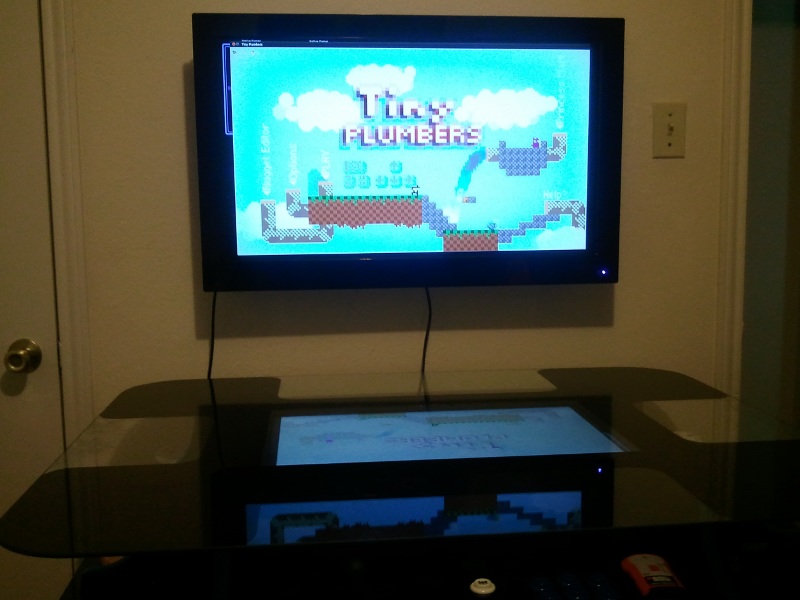 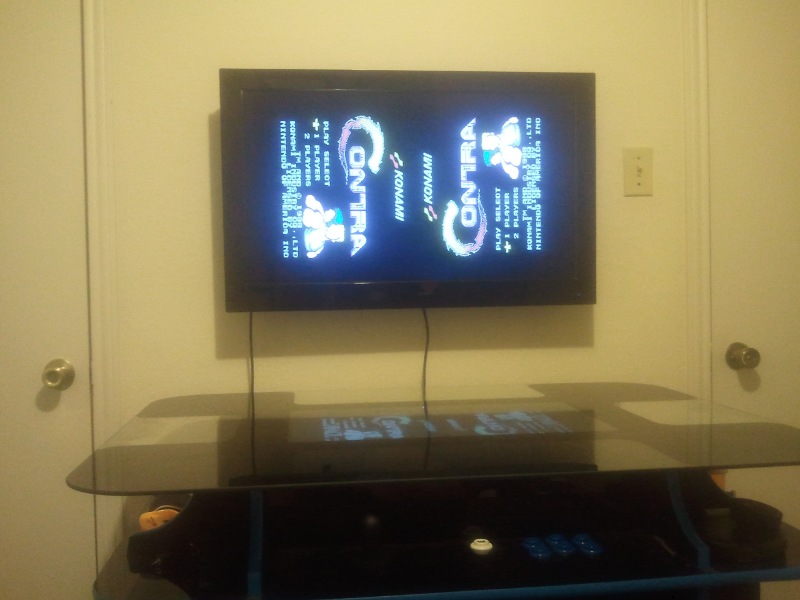 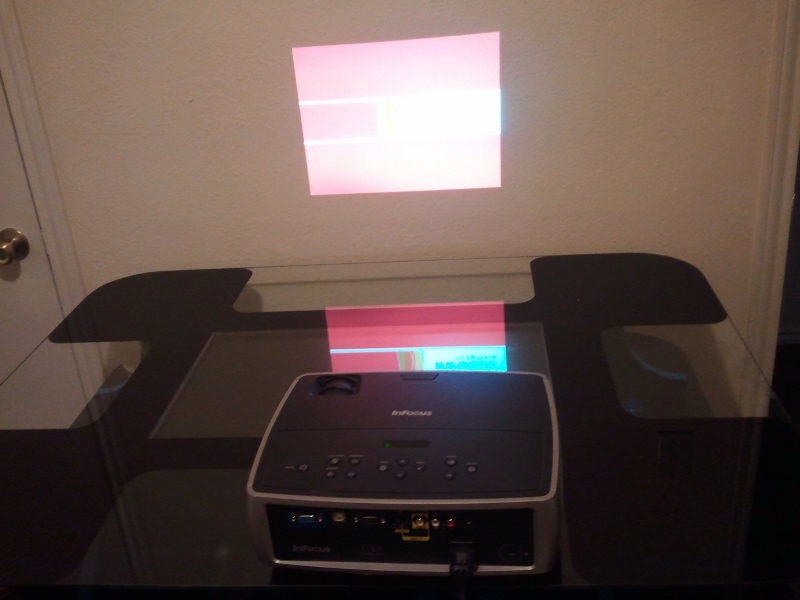 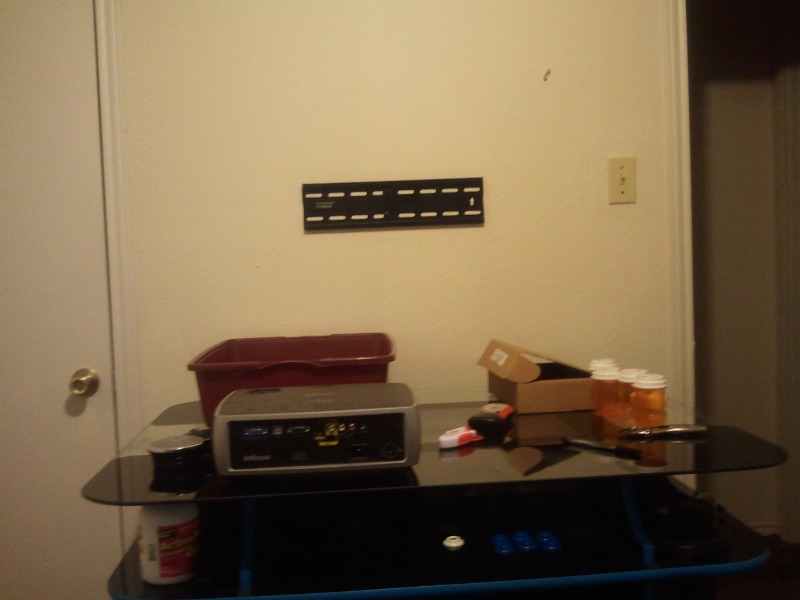 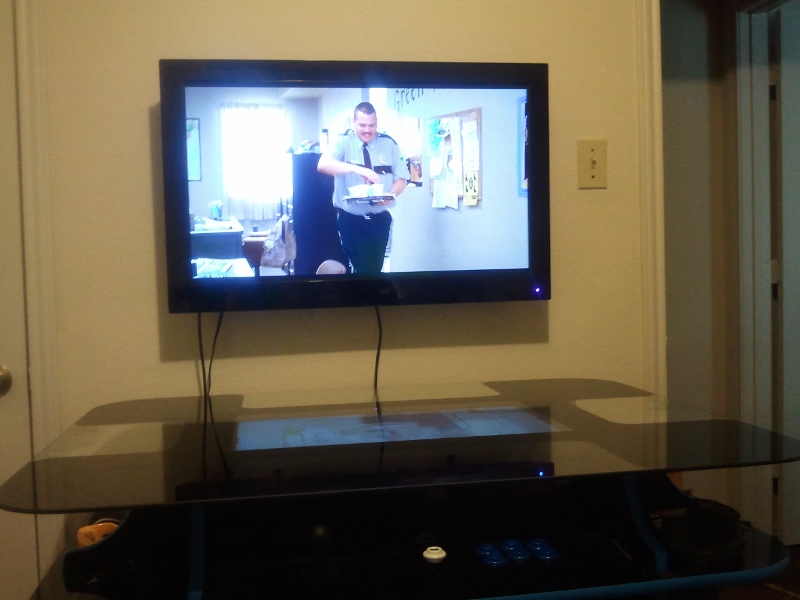 Choosing a TV… One that isn’t too big

I’ve been arguing with myself for weeks, possibly even months. I like to buy everything at the “sweet spot” of the price curve. That price point seems to be right around 47 inches for LCD TVs right now. Over the past few weeks I spotted two TVs around that size for well under $300, one was $260.

I did a little bit of testing using my old DLP projector. I was hoping to play some games at various sizes between 32” and 47”. The projector just didn’t want to cooperate with me, though. If I put the projector on the tabletop, I could only get about a 13” screen out of it. The required distance to reach even a 32” viewing area would have required a longer VGA cable than I have available. My rather large cranium would be sitting right in the middle of the projector beam, creating a shadow of my very ridiculously large cranium.

It did give me an idea of what various television sizes would look over there. and 47” was going to be way too large. I ended up going with a 32” TV.

What is left to do?

You can probably see from the pictures that I’m a little bit ahead of the planning stages already. There’s still quite a bit to left to do. There’s a couple of cables hanging down the wall. I’m going to have to find a way to hide those or pretty them up a bit.

The more difficult and possibly very tedious task will be to reconfigure most of the software… I have my MAME, NES, SNES, and pretty much every other console emulator set up so that each player sits on opposite sides of the arcade table. I’d like to be able to play single-player games up on the TV using the player-three controls.

MAME and MESS let you switch between the split-screen standard and cocktail mode on the fly. I’m a little more concerned about the controls. Swapping the buttons around with xmodmap is easy enough, but I use buttons on the system control functions (mostly exiting a game or bringing up the MAME/MESS control panel).