Some time last year, I decided it was finally time to try out a new color theme in my terminals and text editor. I have been a long time user of the old, standard “Linux console” colors for a very long time. Those were the colors they gave me when I installed Slackware 3.0 in 1996, and they were pretty much the same as the ANSI colors my 8088-based MS-DOS machine back in the late 1980s. I guess that I had been clinging to those rainbow colors for over twenty years.

I’m not sure exactly what finally made me give up my old color theme and give Solarized a try, but I do remember listening to The Changelog’s interview with the creator of Solarized, Ethan Schoonover. I do know that I set my terminal emulator to the Solarized Dark colors, and I installed the Solarized Emacs theme and I forced myself to stick with it long enough to get used to it.

That wasn’t easy, though. For many, many weeks, every time I opened a terminal I would think to myself, “this doesn’t look right!” These days, I am more likely to say that when I happen to see a gray-on-black terminal. I’m going to call that progress.

I’ve had a lot of trouble getting my Solarized terminals and emacsclient to play nicely together. When I first set things up, it was just awful. Opening Emacs in a terminal would make the colors go weird in any existing Emacs GUI instance and vice versa. It was just a mess. 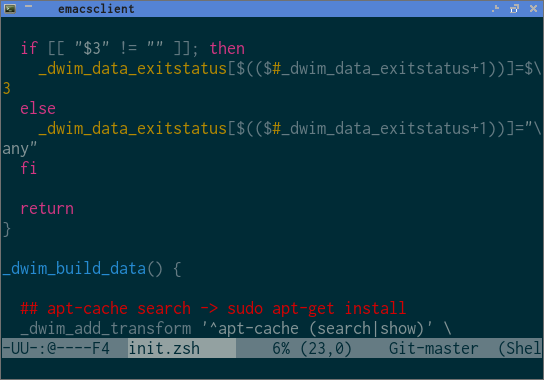 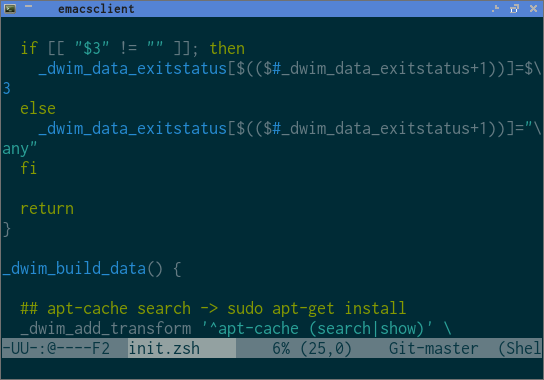