I’ve spent quite a bit of time looking for native Linux games that fit the restricted controls of an arcade cabinet. Almost every game from ABA Games seems like it was made to be played on in an arcade. All of their games have awesome retro, almost vector-style graphics. Nearly all of his games can be played with a digital joystick and just a few buttons.

I’ve loaded nearly every game from ABA Games on my cabinet. They were all available in Ubuntu’s repositories. A few of his games require a mouse for aiming, but the majority do not.

I’ve played all of them once or twice, but there are a few I keep coming back to over and over again. 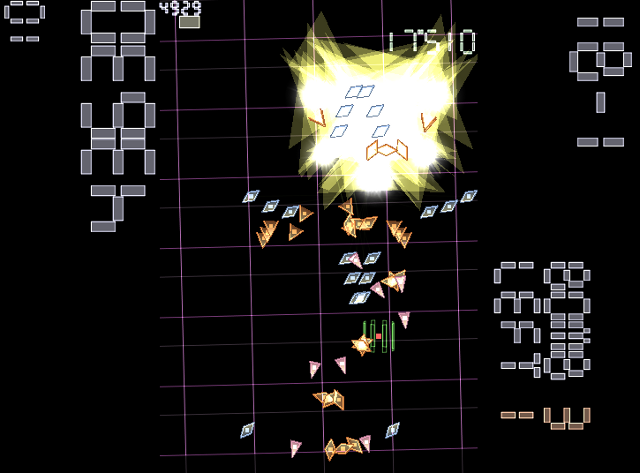 I’ve been a fan of scrolling shoot ‘em up games for as long as I can remember. I cut my teeth playing Parsec on my TI 99/4a. I remember spending a huge amount of time playing games like Lifeforce), Gradius, and Zanac on my NES.

rRootage is a “bullet hell” style shoot ‘em up game consisted entirely of boss battles. The term “bullet hell” is new to me and I didn’t think I would enjoy this style of game. “Bullet hell” shoot ‘em ups have huge numbers of projectiles on screen moving in complicated and intricate patterns. These games require you to maneuver your ship in complex patterns between the various overlapping patterns of bullets.

The closest previous experience I have with a “bullet hell”-style game would be Zanac. 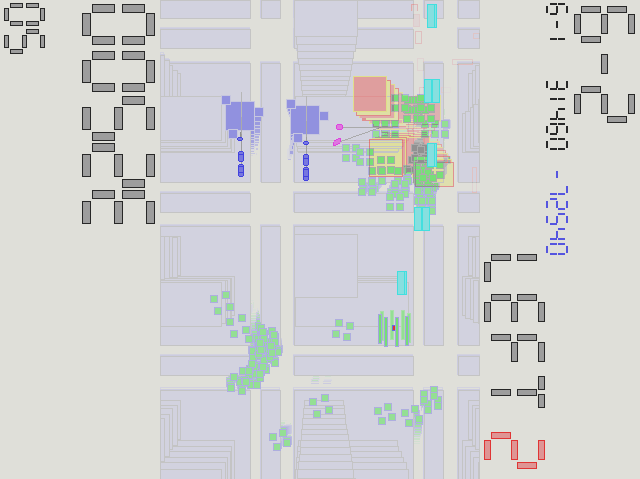 Noiz2sa is another “bullet hell” style shoot ‘em up. The graphics are quite simple. Your funny little ship mostly shoots at different-colored squares. You earn points by collecting the little squares that are constantly dropped by the enemies you shoot at.

If I understand the modern shoot ‘em up terminology correctly, then rRootage and Noiz2sa are both score attack games. Each level is just a few minutes long and the goal is to score as high as possible. After completing each level you are dropped back to the level selection screen. 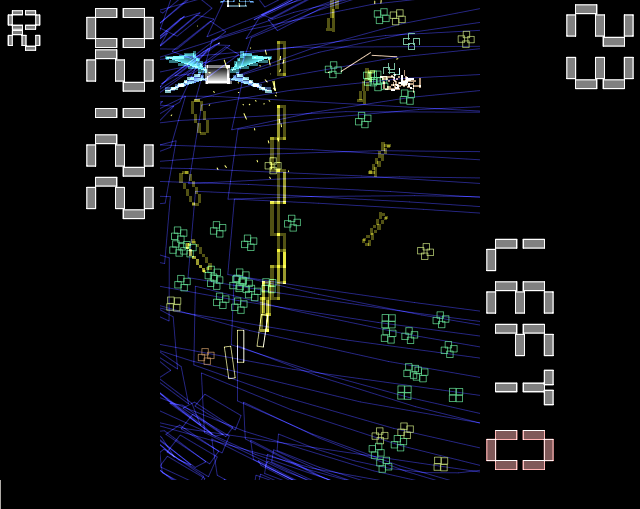 Parsec47 is a much more traditional style shooter that feels a bit like a combination of rRootage and Noiz2sa. Like Noiz2sa, you have to collect all the little green boxes the enemies drop to earn points. There are also bosses, or at least boss-like enemies in this game as well. 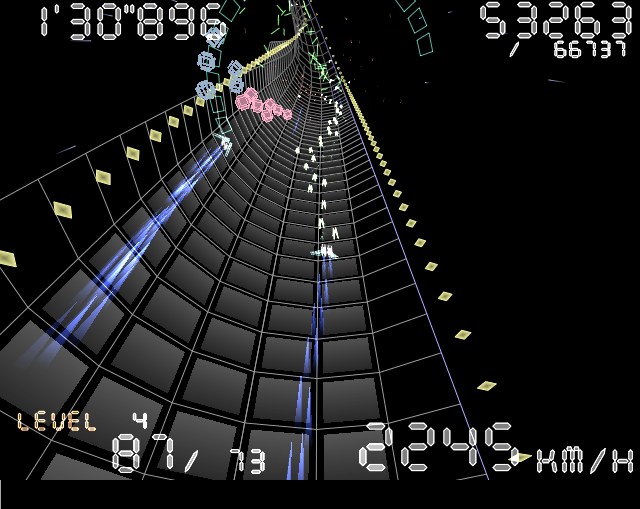 Torus Trooper has the same vector-style graphics as the other games except this time you are traveling down a three-dimensional tunnel. It vaguely reminds me of Stun Runner, but with a much faster pace.

I don’t actually enjoy this game very much myself. I feel like I have no idea how to play any better than mashing the shoot button and hoping not to run into anything. Our six-year-old nephew seems to have a lot of fun playing this one, though!

I haven’t played the rest of these much. They all fit well on an arcade cabinet but I can only play shoot ‘em up games so much.