I haven’t played this one much yet. I found this game in the Indie Royale Harvest Bundle, but my Google-fu couldn’t turn up any information on whether or not I’d be able to get it running on Linux using Wine, so I ended up trying it out for myself. 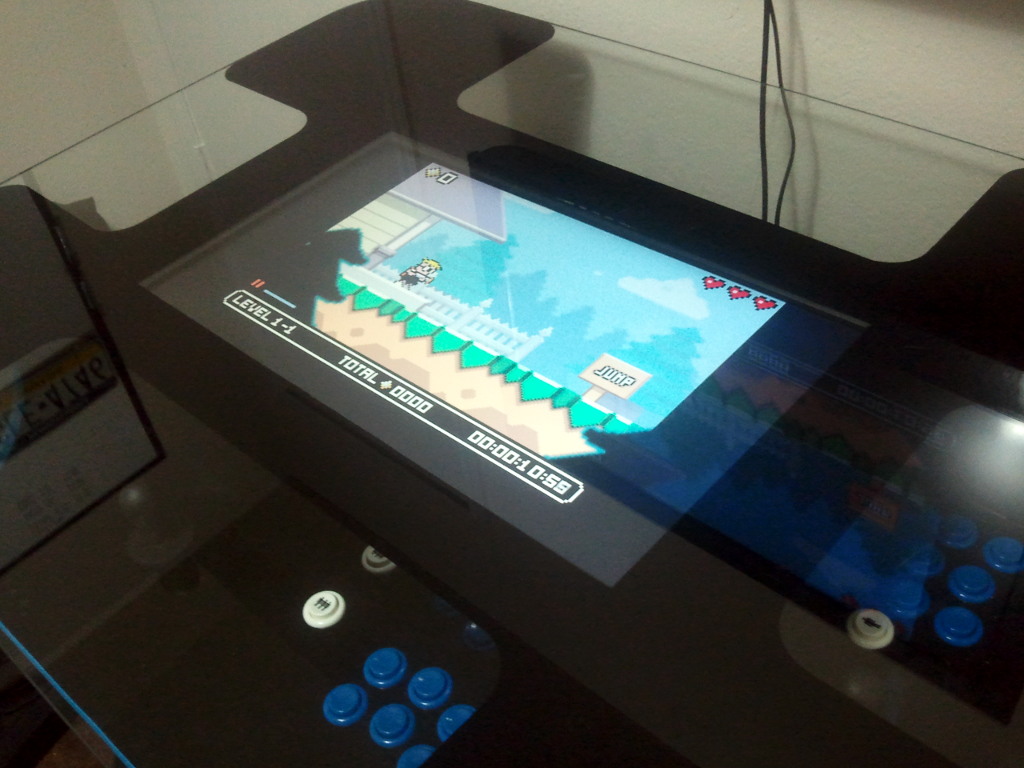 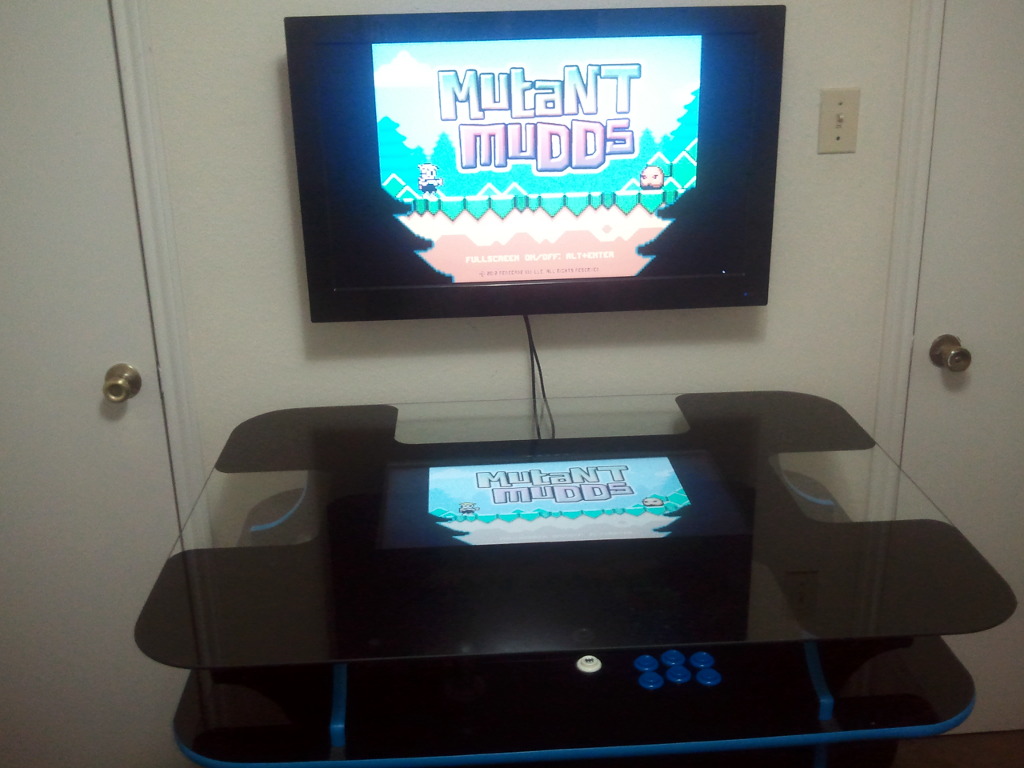 Getting it running under Wine

So far the game is running flawlessly under Wine. It took a bit of trial and error to get it up and running, though. I ended up trying quite a few different versions of Wine before it would work correctly. It ended up working when I tried version 1.5.9. When using versions 1.4.1, 1.5.3, and 1.5.16, it either failed to start or it just showed a black screen.

Knowing that part makes it easy. You just need to use winetricks to install d3dx9 and d3dcompiler_43. I ended up doing all that using Play On Linux. I also threw together my first POL installation script, MutantMudds.pol.

I’m sure it isn’t the most elegant script, but it is easy to use and it works. The steps should go something like this:

Mapping the game controls to the arcade control panel was easy. Mutant Mudds uses the arrow keys to move around, X to jump, Z to shoot, and escape to quit. It is one of those wonderful, arcade-friendly games that don’t require the mouse at all.

When I first saw the (very short) video on the Indie Royale site it made me think of Cave Story. After sitting at the controls for a couple of minutes and getting a better look at the graphics, I’m getting more of a Commander Keen vibe. That’s a very good thing. I have fond memories of playing most of the Commander Keen series.

Update: I just tested Mutant Mudds with Wine version 1.6 and it runs just fine. With any luck it will continue to run on later releases as well.

Mutant Mudds is definitely going to be an excellent addition to the arcade cabinet.