I recently saw a tweet from Rob Fearon that pointed me towards all of Sokurah’s awesome games over at tardis.dk. I’ve had fun playing Rob’s wonderfully colorful games, most of which have been on my arcade cabinet for a long time. That was a good enough reason for me to check out Sokurah’s games, and boy am I glad I did!

Every game from tardis.dk that I tried ran perfectly under Wine. I won’t be at all surprised if the ones I haven’t gotten to yet run just as well.

Most, if not all, of these games are remakes of classic games. They’re remakes of games from computers I never had the chance to see, so I don’t recognize many of them. 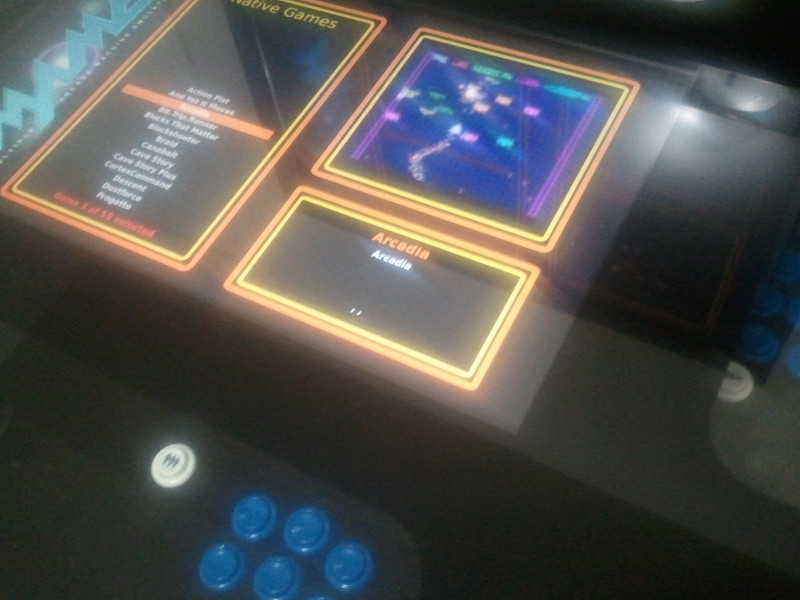 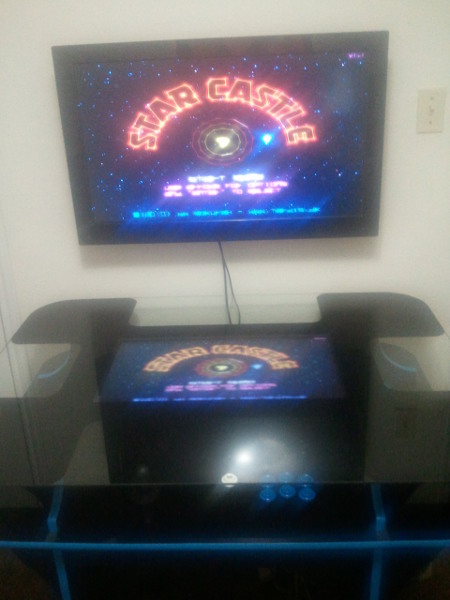 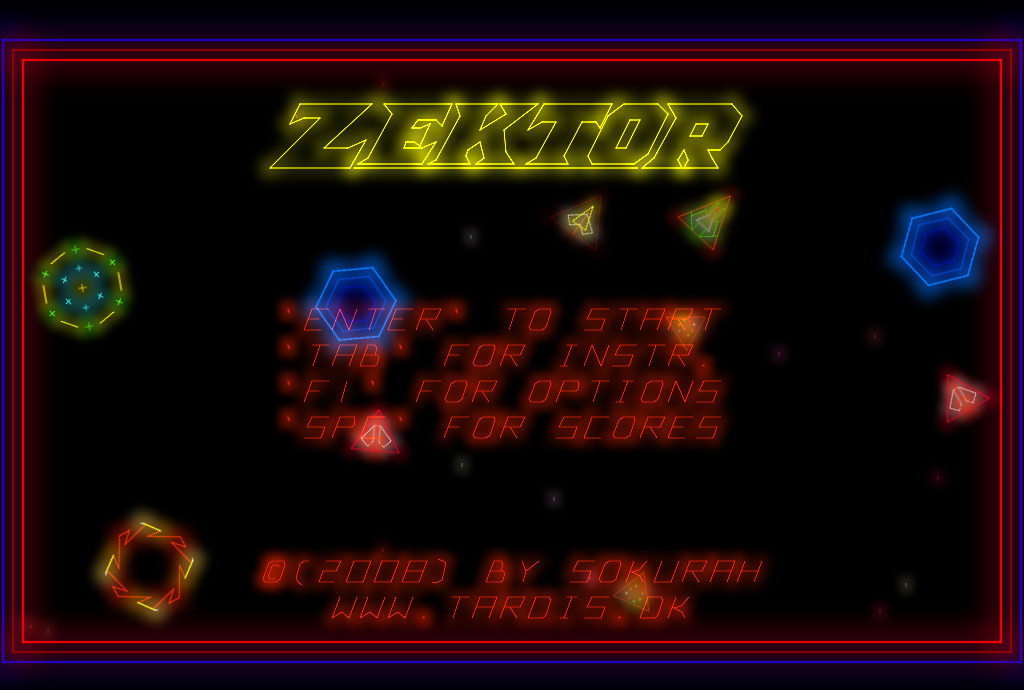 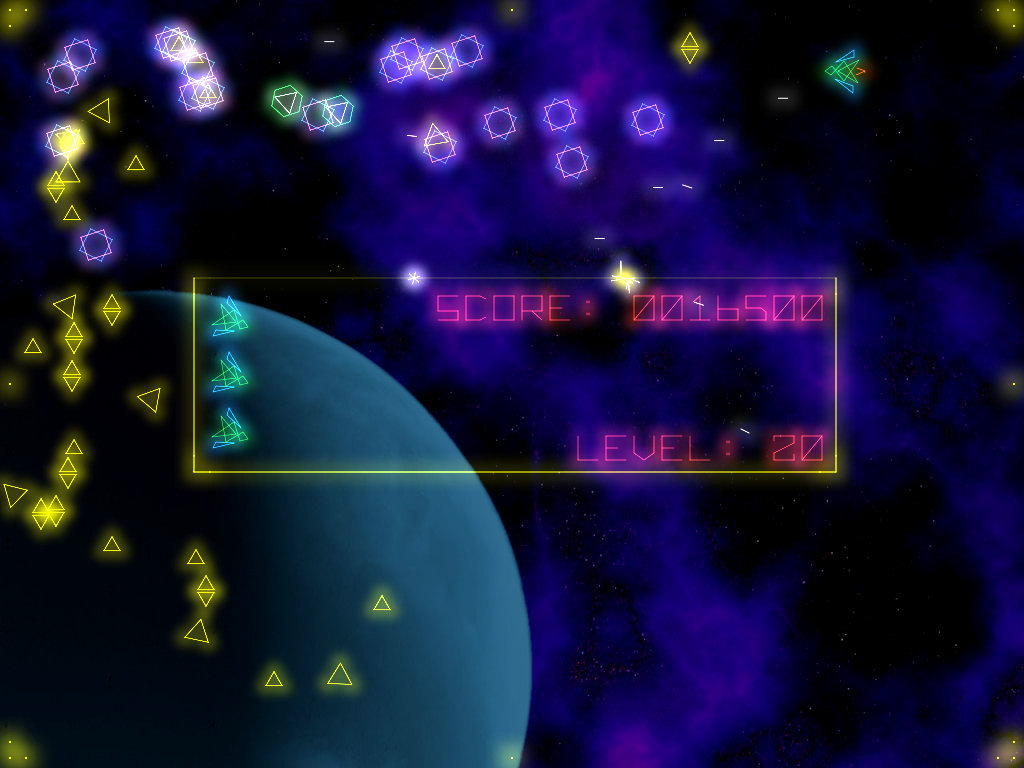 This is the one I’ve played the most. It looks easy, but I’ve been playing rather poorly. I died quite a few times before ever finishing the second level. I was very excited to see level three, though, and once I got there I seemed to be on level 5 before I knew it. I must be improving.

Arcadia very much reminds me of playing Parsec on my TI 99/4a when I was a kid. Parsec definitely didn’t use vector graphics, but your ship and some of the enemy ships were wire frames. In Arcadia the enemies attack vertically, in Parsec they attack horizontally. So maybe they’re pretty different. I don’t care, though; it still triggered a memory…

I have no idea what the original Omega Race was like. This game looks like Asteroids with a big rectangular obstacle blocking the center of the screen. It definitely fits in nicely on the arcade cabinet.

This is the only one I recognized, and it is quite an awesome remake of the original. It looks great and plays exactly how you’d expect it to. I’m not sure what else I can say about this one, it is remade so well that anything I would say about this I would probably say about the original!

This one is interesting. The first thing that popped into my mind when playing Zektor was “Asteroids as a scrolling shoot ‘em up.” The enemies come at your from the top and, mostly, move towards the bottom. You control a ship that steers and shoots just like in asteroids. Every few levels there is a boss inside a Star Castle-like fortress.

Sokurah did an awesome job here. All the controls were simple enough to map to the arcade buttons. I was able to use a single mapping for all of his games. He even made it extremely easy to exit the games. When you hit escape it asks you to confirm that you would like to quit. He has yes and no mapped to left and right, which is incredibly convenient!