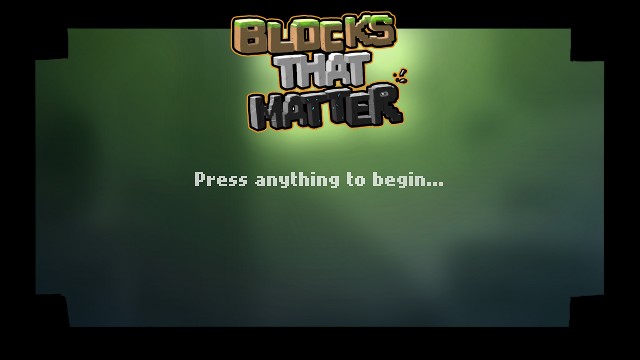 Another game from the Humble Voxatron Debut. This is an exciting bundle for my arcade cabinet! There are so many great games that fit quite well on an arcade cabinet: Voxatron, Gish, Blocks that Matter, and Jasper’s Journey. 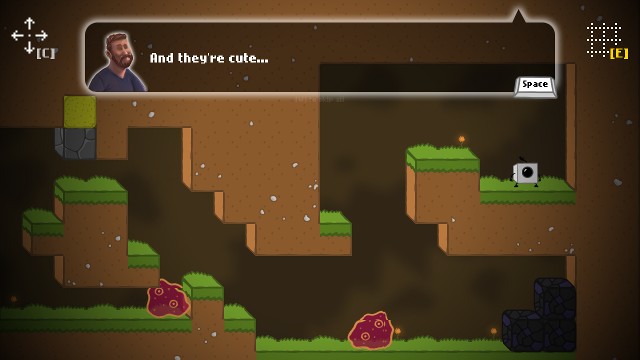 Blocks That Matter is a fun little puzzle platformer from Swing Swing Submarine. I haven’t had a chance to get too deep into the game yet. I hope this isn’t a spoiler, but I’m up to the level where I have to out-run the giant blob guy that is chasing me.

The puzzling aspect seemed pretty simple, but I have a feeling that I’m being deceived… I think there’s already been two little secret boxes that I haven’t figured out how to get to already. In the game, you control a little robot, the Tetrobot. He is able to collect blocks of various materials (wood, sand, rock, etc.) by drilling through them or bashing them a few times with his head. He is able to place down groups of four blocks, in patterns shaped like Tetris pieces.

Some of the blocks, such as rocks, can support their own weight. Other blocks, like sand, will fall if they are not supported by another block or wall.

Blocks That Matter has my favorite kind of controls: every single thing in the game can be done with the keyboard. No mouse required for anything at all. That makes it so easy to drop it onto an arcade cabinet. All that was required was mapping my controller buttons to the correct keys.

I forgot to record a video…

… So all I have is this lousy picture: 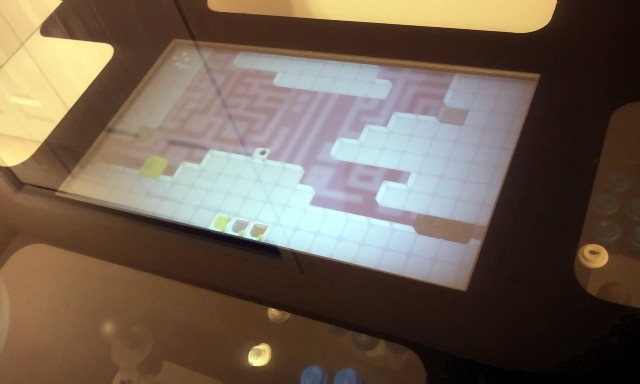