It has been almost a year since I wrote my last “gift ideas” post, and Christmas is almost upon us once again. During this time of year, you might be looking to find a gift for a family member, friend, or a coworker. I’m not usually very good at coming up with ideas for gifts, so I’m compiling a short list of things a person in my own demographic would enjoy receiving.

Some fun and useful items from previous years’ lists are making an appearance again, along with some new items. I’ve done my best to keep this list as general as possible. I don’t want you to have to worry about whether the recipient has an Xbox One or Playstation 4, or an Android phone or an iPhone.

I own and regularly use almost every single thing on this list. There are a few items that are no longer available, so I listed a comparable item in those cases.

Rechargeable USB Battery Pack ($7 and up)

Rechargeable battery packs have always been at the top of this list, but they are starting to become far more ubiquitous and much less geeky. I thought I was going to drop them from the list this year, but I still keep finding people that don’t have one of these ridiculously useful items.

USB battery packs come in all sorts of different sizes and capacities, and they come in handy all the time. My first battery pack was a small lipstick-sized charger with a flashlight, very much like this PowerBot 3000 mAh battery charger at Amazon.

My small 3000mAh battery pack is light enough that I don’t notice it is in my pocket, and it has enough juice to restore about 60% of my phone’s charge. That little guy has been more than enough to get me through several long airport layovers. The flashlight is a handy little bonus, too!

We also have a giant 20,000 mAh battery pack from Kmashi. That giant Kmashi can charge two devices at once, and it can fill up my tablet and phone more than once without needing a recharge. However, I can’t recommend the 20,000 mAh model—it is just too big and heavy. Kmashi also has 10,000 and 15,000 mAh models. The 10,000 mAh model only weighs about half as much as the 20,000 mAh model, but it still has more capacity than most people would ever need.

My Swiss Army CyberTool is easily the most useful tool I’ve ever owned. This tool was given to me as a gift sometime near the end of the last millenium, and I’ve probably used or misused my CyberTool at least once every month since then.

The CyberTool has all the tools you’d expect to find on a Swiss Army Knife, like knives, scissors, and a corkscrew. It also has additional geeky tools that I find invaluable. The CyberTool has an excellent bit driver with four double-sided bits, and they’re exactly the bits you’re likely to need when working on a computer. In fact, the bit driver is exactly the right size for tightening brass motherboard stand-offs.

I use my CyberTool 34 along with my 3D printer quite a bit these days. The precision scissors easily remove adhesion pads from the corners of prints, and the awl comes in handy when a hole in the print comes out a bit too small for a screw. I can quickly and carefully make those holes just big enough for the screw to fit.

Many people seem to prefer Leatherman-style multitools—tools based around a full-sized pair of pliers. These are very useful tools, and I carry a Gerber multitool in my laptop bag. I just don’t have a lot of use for a big pair of pliers. If you’re buying a gift for someone like myself that is always taking apart computers or working on electronics projects, then the Victorinox CyberTool 34 is definitely the better choice. 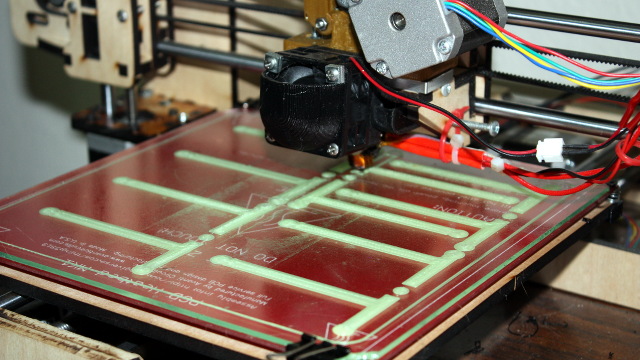 If you are buying a 3D printer for someone that likes to tinker and build things, then you can’t go wrong with a Prusa i3 printer from MakerFarm. I have had my MakerFarm 8” Prusa i3 3D printer for more than a year now, and it is one of the best things I ever bought. If I were buying another 3D printer today, it would most definitely be the 12” MakerFarm Prusa i3. The MakerFarm printers are well made, and their wood frame is quite rigid. MakerFarm has an 8” model for about $500, a 10” model for around $600, and a their 12” model is closer to $700.

I do realize that a kit might not make the best gift, but I would tend to recommend going that route anyway. Assembling a 3D printer is a great learning experience, and it is useful to understand just what your printer is doing as it is moving around.

We just ordered a FlashForge Creator Pro at TheLab.ms makerspace, and I got it up and running a few days ago. Even with a crowd of people looking over my shoulder the entire time, I had the machine assembled and printing in less than thirty minutes, and I’m impressed with the quality right out of the box.

The FlashForge Creator Pro arrives almost completely assembled. I just had to use two screws to attach the print head, snaps some filament guides in place, and it was ready to print. I was worried when we opened the box, but most of the fasteners were for assembling the acrylic door and lid. 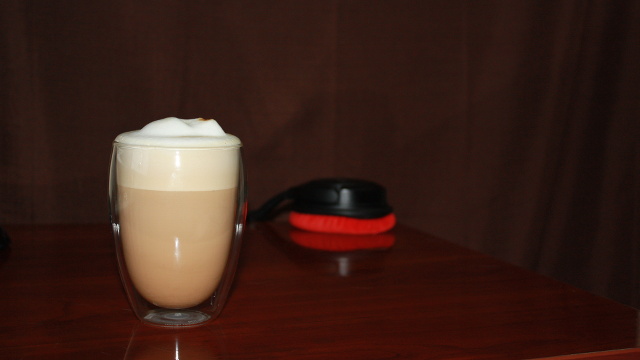 My laboratory beaker mug made the list two years ago, and it is probably made out of the same sort of glass as the Bodum cups. The biggest difference would be the lack of a second layer of glass. I used my beaker mug for several years, and I cleaned it in the dishwasher once or twice a week. A few months ago, I found it broken in the dishwasher. To be honest, I didn’t think the dishwasher was the best way to wash the beaker mug, but it did weather the storm of the dishwasher better that I had anticipated!

Plenty of the geeks I know drink a lot of coffee, including myself. If you know someone that is drinking terrible coffee from the supermarket or even from Starbucks, a coffee subscription is an easy and inexpensive way to upgrade their coffee-drinking experience.

I’ve been enjoying my subscription to Craft Coffee for nearly two years now. My first shipment from Craft Coffee included an Ethiopian Yirgachiffe from Slate Coffee Roasters. The notes on the bag read, “Light, pillowy and clean, with flavors of dried strawberries, confectioner’s sugar, and breakfast cereal.” I thought this sounded like a bunch of hogwash, but boy was I wrong! It really did smell and taste like breakfast cereal—like Frankenberry cereal. 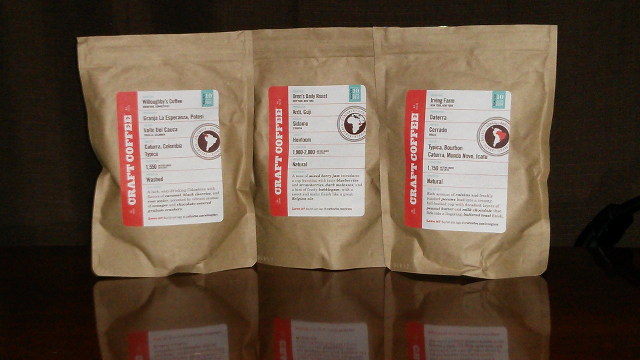 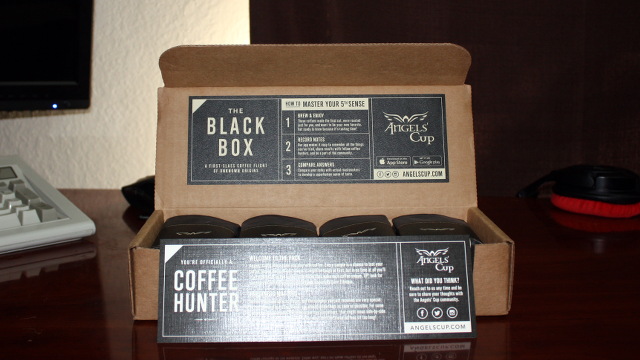 I was lucky enough to be shipped a Black Box from Angels’ Cup last month, and every sample in the box was amazing. The first bag we opened was a delicious natural process Ethiopian coffee. I always enjoy Ethiopian Yirgacheffe beans, and this was without a doubt the best Yirgacheffe I’ve had all year. One of the samples was aged in bourbon barrels before roasting, and it was the most unique coffee I’ve ever brewed.

The only label on each bag of Angels’ Cup coffee is a number and a roasting date, and they have a smartphone app. You punch in the number on the bag, and you tell it what you think of the beans. You tell it how dark they are, what they smell like, and what sort of flavors you can pick out. The app tells you how accurate you were and tells you more about the coffee.

It was fun, and my wife enjoyed figuring out what was in each bag. She was very excited when she was correct about that first bag of Ethiopian Yirgacheffe coffee.

You can use the coupon code “patshead25” at Angels’ Cup, and you’ll save 25% on your first delivery in a new subscription. Unfortunately, this coupon code does not currently work on gifts.