Update June 19, 2013: The YLOD has struck again! During the first month after its resurrection, Retro City Rampage, Quantum Conundrum, and played enough Just Cause 2 to get the last few, monotonous trophies. Then I left town for about three months, and in that time it was mostly used for watching Netflix and Hulu. Then, a few days after I got back, the PS3 died again. I finally got around to repairing it tonight. PlayStation Plus just gave me a free copy of Saints Row: The Third, among other games, so I’m impatiently waiting for that to slowly download. We’ll see how long the repair lasts this time. I attempted to pop the heat spreader off of the GPU, but it is on their pretty good. I didn’t want to really hork things up at one in the morning, so I just pointed the heat gun at it again.

Early in December, my PlayStation 3 died. When I tried to turn it on, it would beep and flash a bunch of red lights at me before powering back off. For some reason, this is referred to as the “yellow light of death,” even though the yellow flash is barely perceptible.

I was able to successfully repair my older, 60 GB PlayStation 3. All I needed was a heat gun, some thermal paste, and rubbing alcohol. The only thing I didn’t have on hand here was the heat gun. 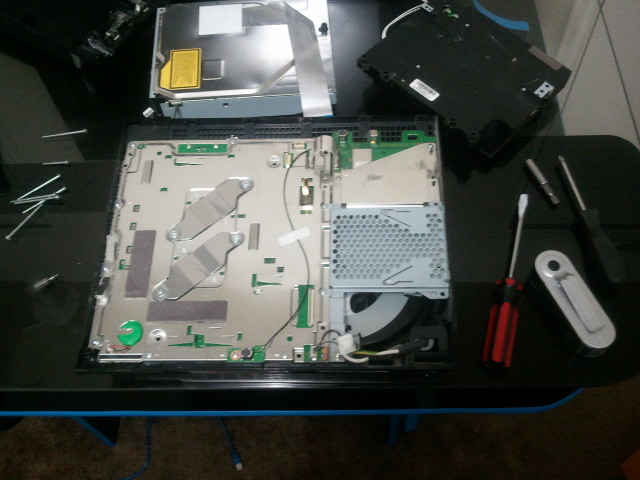 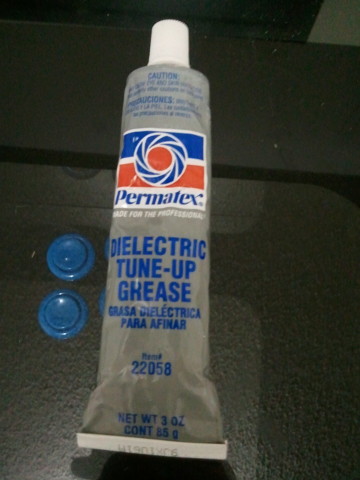 There are easily dozens of YouTube videos and websites making similar claims. They claim that the PlayStation 3 CPU or GPU is just running too hot and the solder joints are being damaged by this excessive heat.

They recommend applying heat to the CPU and GPU to “reflow” these weakened solder joints. I don’t have much confidence in this particular hypothesis. Wikipedia claims that the solder typically used on chips like these in a reflow oven has a melting point of between 211 and 220 ˚C.

That is more than double the typical safe operating temperature of most CPUs and GPUs. The PlayStation 3 would crash or shut itself off long before ever reaching those kinds of temperatures.

Why does the heat gun fix work?

I have my own hypothesis, and I only found two clues to support my thinking. Here’s one of them:

Can you see all that thermal goop between the GPU and the “heat spreader”? I’m pretty confident that this stuff is the problem. I remember older thermal compounds that used to ship with OEM AMD CPUs ten years ago. They shipped with a thin layer of a pink or gray material on the heat sink.

That material was very similar to what ships with the PlayStation 3, and I’ve had problems with it in the past. I’ve had computers that were in warmer environments slowly melt that gummy stuff away. I wouldn’t be at all surprised if the same thing is happening in the PlayStation 3.

I believe that when you heat up the CPU and GPU, that cheap, gummy thermal compound is softened up quite a bit, maybe even partially liquefied. To abuse some existing terminology, the heat gun is likely “reflowing” the thermal compound, allowing it to once again make more complete contact with the CPU/GPU and the “heat spreader.”

Dielectric grease? What kind of thermal compound is that?

I once saw a chart comparing the thermal transfer properties of various brands of CPU thermal compound, and that chart included dielectric grease. Unfortunately, I can’t find that chart anywhere now. My memory tells me that dielectric grease performed within a few degrees Celsius of the best performer.

It is also ridiculously cheap. I probably paid less for my 85g tube than I would have paid for a tiny 3.5g syringe of Arctic Silver thermal compound.