I received a set of Joulies as a Christmas present from my old friend Brian, and I have to say I am pretty excited about them! I haven’t had them long enough to perform any real, proper science on them, but this has already been done with both positive and negative results, so I’m not too worried about it. 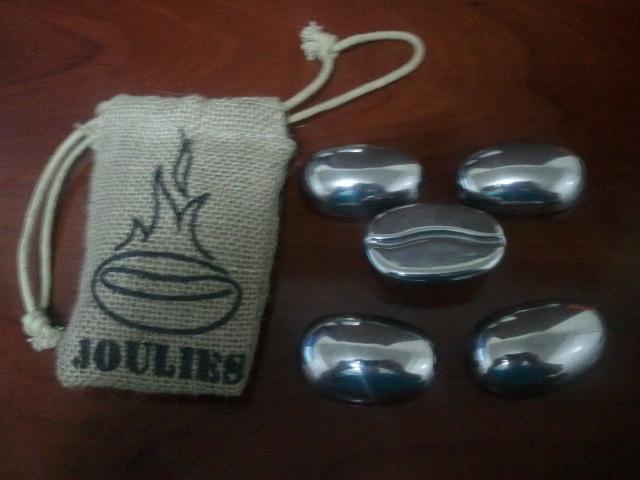 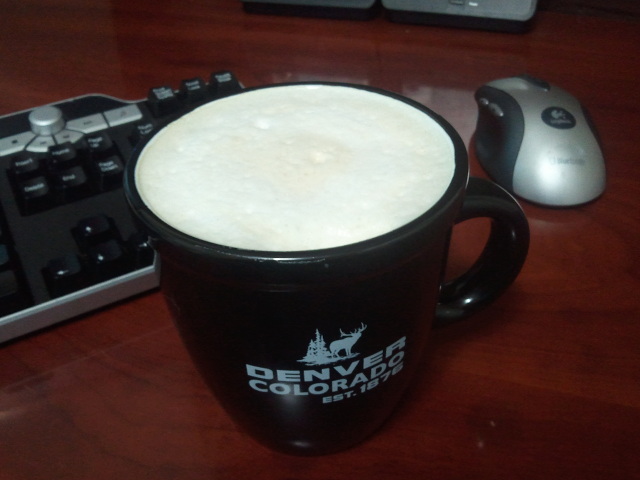 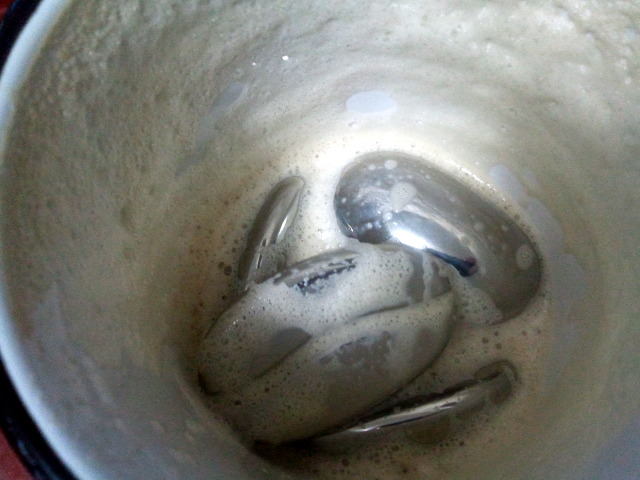 I usually fill my mug with water and put it in the microwave for 60 seconds while I am making my latte. The “warming tray” on my espresso maker is basically useless, so this keeps everything from immediately cooling down when it hits the mug.

I know that I am technically supposed to steam the milk to about 140 degrees. I don’t do that. I know about how warm it needs to feel in the pitcher so that when I mix everything together in the mug it will be immediately ready to drink.

The problem with this arrangement is that I have to drink all 10+ ounces relatively quickly. I’m often forgetful and end up with about one third of a mug of cool, less tasty coffee.

What did I change?

I am still fine-tuning my process a bit, but I think I am nearly there. I am now nuking the mug full of water for 80 seconds, and I am steaming the milk until it is hot enough that the pitcher is uncomfortably warm to the touch.

A few months ago, my friend Brian and his wife brought us back a couple of mugs from Colorado. One of those mugs is quite huge. It easily holds a double shot of espresso, an entire pitcher of steamed milk, a copious amount of sugar, and all five Joulies.

In the past, if I steamed the milk to this more extreme temperature, it would take forever for it to cool off enough to be drinkable. Now, even in combination with the extra 20 seconds of microwave time, I am able to start drinking as soon as I walk upstairs to my desk.

I’m also able to take my time sipping at my tasty beverage, and I haven’t had any large amounts of left over coffee in my mug yet. I’ve only had them for five or six days now, though, so we’ll see if this keeps up!

Should I put the Joulies in the mug first?

The Joulies website seems to recommend putting the Joulies in the mug first and then pouring in the coffee. I use an espresso machine, so I don’t do this. I have to imagine that pulling a shot of espresso directly on top of the cold Joulies would instantly cool off the espresso.

I just drop them in like ice cubes after I have everything else mixed together.

More like heavy, sinking ice cubes. If you slosh your mug around you can hear them clinking around, just like ice cubes. Joulies also make it a little big harder to drink the last of the coffee because they want to slide out of the mug and into your face when you get to the bottom of the mug.

I may not be leaving behind a full third of a mug’s worth of coffee anymore, but I am certainly missing out on a little bit every time now.

The first time I used my Joulies, I rinsed them and wiped them clean, then I just dropped them in an empty mug. They were still a bit wet the next day. Since then, I have been putting them back into the little burlap storage bag they came with. Even if they’re still wet when I put them in, they are always dry by the next day.

Performance in an insulated mug

I sent Chris off to work this morning with a latte in our leak-proof Nissan travel mug. When I make her a coffee like this, I try to pull the double shot as close to her departure time as possible. The timing wasn’t right for that today, so I ended up making her coffee about an hour before-hand.

As always, I filled the thermos with hot water—much hotter than usual—to warm up the inside while I made the espresso and steamed the milk. I also steamed the milk to a higher temperature than I normally would.

I got this instant message from her after she got to work:

Chris: You would never know the coffee was sitting around an hour. :–)

The pair of Joulies must have done their job lowering the temperature of the coffee, since she didn’t complain about how much hotter I made it today. Then I received this message over an hour later:

Chris: These joules are DA bomb

We haven’t used any science yet, but she seems convinced that they are helping. Maybe I’ll have to be sneaky and leave the Joulies out some time and see if she notices!