My new Baratza Preciso grinder arrived today. I’ve been impatiently waiting for it to arrive since Thursday—the day my Rancilio Silvia was delivered. Since Thursday, I’ve been making the most bitter lattes that I have ever made using some pre-ground coffee. It just wasn’t ground quite right to match Miss Silvia, but I did manage to make two or three lattes over the weekend that were at least drinkable.

I was hoping the Preciso would help me out, and it most certainly did. It wasn’t entirely smooth sailing, though. I have a small portion of the Rwanda beans from Central Market that match the coffee I ground in the store. I don’t want to use that right away, because I want to use it to see how my skills and tuning improve over the next few days.

The first shot with the Baratza Preciso

My research on the Internet told me that a setting of 10C might be a good starting point, but the brochure that came with the Preciso grinder suggested settings 2 through 6 for espresso. I decided to trust the manual, and I started at setting 6, and I loaded up the machine with the Ethiopian Harrar Deep Blue Oromia Addison Coffee Roasters.

This was a complete failure. The Rancilio Silvia could barely move any water through the portafilter. I abandoned that attempt pretty quickly. I moved up to setting 10, and I slid the micro adjustment level to the center. 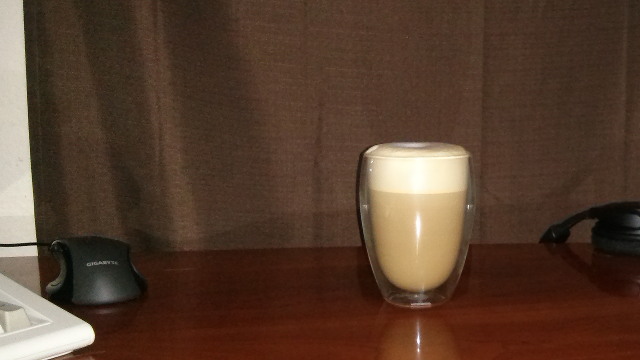 My second pull went much better. I wasn’t being very scientific at this point. I was pulling the shot directly into the 12-ounce Bodum double-walled glass that I usually drink my lattes out of. It looked like it was about the right volume of espresso, probably in the ballpark of two ounces, and it took about 25 seconds to pull the shot.

This was easily the best latte I’ve made with the Silvia up to this point. It was a little bitter, but things were definitely looking up! I repeated the process an hour later, and produced another similar beverage. I was very excited—I already had repeatability!

Trying to tune out the bitter taste

The espresso troubleshooting guide told me that bitter espresso can be caused by water that is too hot. I’ve been practicing my “temperature surfing” all weekend, and I’ve been pulling my shots about 40 seconds after the boiler shuts off. I thought waiting a full minute might improve things.

It did not improve things. In fact, this time it came out absolutely awful. I decided that it was time to use some science.

Don’t do it this way

I had the brilliant idea to use old, stale, cheap coffee while trying to tune in the grind and my tamping. This seemed like an excellent idea, but I was very wrong.

I brought the grind setting down one notch, filled up the portafilter, and tamped exactly like I have been all day. The water just passed through the coffee like it wasn’t even there. I filled a pair of shot glasses in less than ten seconds—that’s just way too fast.

I set the grinder down at 6, and I got much closer to my goal, but it was still too fast, so I moved that dial down to 5. I was surprised to see another two ounces of coffee flow out of the espresso machine in less than ten seconds.

I pulled two more shots with the grinder set to 5, and the second try took just about 20 seconds. This is when I started thinking that experimenting with old beans was a bad idea.

Back to the fresh Addison Coffee Roasters beans

I swapped out the old beans and managed to get coffee grounds all over the counter. I think I left the settings alone, so the grinder should be at 5 now. I thought for certain that I was going to gum up the machine again.

It wasn’t a perfect pull. One of the shot glasses filled up faster than the other, and I had to stop the pull short so as not to overflow. Even with the uneven shot glasses, I probably pulled just a hair over two ounces of espresso in 22 seconds. That’s a bit shy of my 25-second goal, but I was satisfied enough that I decided to steam some milk.

This was one of the very best lattes that I have ever made. I’d like to tell you that I’m drinking it as I’m writing this, but I would be lying. I finished it almost a dozen paragraphs ago.

I’ve been drinking coffee from Addison Coffee Roasters for a few years now, and I’d say they roast a pretty good bean, but I’ve been spoiled by Craft Coffee. The beans I’ve been getting each month from Craft Coffee have been absolutely stellar.

My batch of Craft Coffee for July shipped today, and it is due to arrive on Thursday. I’ve been worried that I wouldn’t have the espresso machine tuned in well enough by then, but this delicious latte has me thinking otherwise. I’m really looking forward to Thursday!