I’m doing a bad job. I like to revisit things after I’ve owned or used them for three to six months. I’ve been using my Rancilio Silvia almost every day for nearly five years now, and I haven’t written a follow-up to my early posts yet! I have a draft for a post that I started somewhere around the six-month mark, but I completely failed to finish it!

My Rancilio Silvia has suffered her first hardware failure, so this seems like an appropriate time to write about how she’s been holding up!

One of her thermistors is on the fritz!

I woke up one day, and she was cold. I’m a terrible person, because I leave Miss Silvia running 24 hours a day. I don’t like waiting for her to warm up when I want a latte! I had some home automation in place to warm her up automatically at the appropriate times, but she was just too powerful for the remote-controlled outlet I had her plugged into, so I had to scrap that.

I fiddled with her buttons. I could turn the steamer on, and she would heat up, but she wouldn’t come up to brew temperature. This means I have a bad 100C thermistor. They don’t have any at Amazon, so I ordered one from espressoparts.com.

I didn’t want to wait for a latte!

It was going to take many days for the replacement thermistor to arrive, because I noticed the failure on a Friday. I was impatient. Could I get the temperature close enough for pulling an espresso by manually shutting off the steamer when it hit boiling temperature? I have an infrared thermometer, so I had to give it a try.

This failed. The steamer reached 140 degrees Celcius before my thermometer even made it past 60. This seemed like a bummer, but I swore I heard the 100-degree thermistor click at one point. So I turned the steamer off, and I ran some water through the machine. 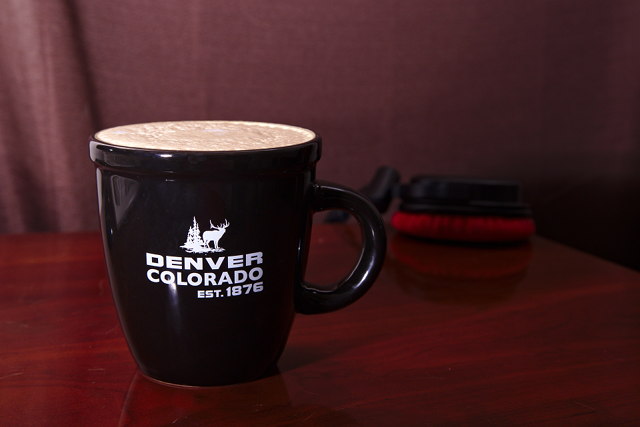 As the temperature crossed the boiling threshold while it was cooling down, the heating light on Miss Silvia started to flicker! I’ve never seen it do that before, but it didn’t take long before it came on solid. She was working just fine, and I was going to be able to make my latte!

She’s been working fine ever since. The replacement thermistor is here now, but I’m not going to put it in. I’m going to wait until it actually fails.

How many shots do you think I’ve pulled before this failure?

I have pulled a lot of shots. Not a literal ton of shots, but I bet more than 10 gallons of espresso have passed through this machine so far! She’s also been heating up water almost nonstop for years. I think she’s held up quite well. Much better than the $100 and $200 fake espresso machines I’ve owned, for sure!

In the early days, I was pulling double shots. For years, I was pulling triple shots. Due to some medical problems, my doctor made me stop drinking milk for three or four months last year, so I shut down the machine for two or three months. I shouldn’t be drinking big triple-shot lattes anymore, so I’m back to pulling doubles again.

It doesn’t really matter if I’m pulling a double or triple. I’d count either as a single pull!

Some days I drink more than one. Some days I make coffee for my wife or for friends. Sometimes I pull a bad shot, and I have to repeat the process.

Then there are other days when I’m just not home. I might be out of town. I might just be busy. Those are the days when I just can’t pull any shots.

I wouldn’t be surprised if I’ve come close to averaging nearly one pull every day for the past five years. That could be over 1,800 pulls.

A failure of a $12 part after more than 1,500 pulls and tens of thousands of hours of operation is awesome! Does it count as operation if the machine is powered up and heating while I’m not using it?

Enough about the failure. How’s Miss Silvia been working out?

Miss Silvia has been fantastic. I’ve had to replace her rubber gasket on her portafilter a few times. I waited too long the first time, and it became solid and brittle, so it was extremely difficult to remove; it had to come out in pieces.

From now on, I’m doing this once a year. You can get a kit with a fresh, clean screen and a new rubber gasket for around $15. It is easy to replace.

I’ve made some minor upgrades. I bought a bottomless portafilter and a triple-shot basket. I also have a pressure gauge that screws onto the original portafilter.

The bottomless portafilter is fantastic. It helps me see what was wrong with my espresso shots as they are pulling. You can also observe the color of the shots more clearly, so you can stop the pull as the shot is blonding.

Most people won’t need a pressure gauge, but I like to use light roasts in my lattes. Light roasts are difficult to pull at the stock pressure; you’ll get a lot of gushers!

Adjusting the pressure isn’t difficult. You just need to take the lid off the machine, and you need a pair of large wrenches. I brought my pressure down by about 1 bar. This has increased my success rate with light roasts significantly.

The Baratza Preciso is the more adjustable version of the Baratza Virtuoso. These are both fantastic grinders, but I don’t believe they make the Preciso anymore.

The Preciso has all the same grind settings as the Virtuoso, but it also has an additional dial that lets you hit ten micro adjustment points in between each large increment.

These micro adjustments are necessary for espresso, and labeled micro adjustments seemed like a fantastic idea. If I know the beans I’m using for espresso need to be ground at setting 3C, and I need to use a coarser grind of 12 for the Aeropress, it will be easy to go back to pulling shots tomorrow, right?

In practice, I don’t do that often. I wind up running into a completely different problem. Lets say I’m at setting 4C, but my shots are pulling too fast. I need to go finer. I’d like to get somewhere in the middle of 3.

I have to go up on one dial, and then down on the other. The whole time you’re adjusting the dials, you need to be grinding. I waste a lot of coffee doing this.

I suppose this is a minor complaint.

There’s a lot of soft plastic inside the Baratza Preciso and Virtuoso. This is on purpose. If you get a hard coffee bean or a rock in your grinder, something has to give. Baratza is smart. They decided that a cheap plastic part should break before you do damage to the expensive conical burrs!

In five years, I’ve broken three or four of the retainers that hold the burrs in. I’ve also broken one adjustment ring.

These parts aren’t expensive. Baratza sells replacements for just about every part of their grinders. When you break one, though, you’re going to be disappointed that you have to wait! I’ve learned that when I order a replacement part, I order extras!

What sort of coffee have you been using?

The beans I drink just about every day are from Craft Coffee. They are a coffee subscription service. They have basic coffee for around $10 per bag, and nicer beans for around $20 per bag. Shipping is free, and you can choose whole beans of grounds.

Their service has been great. If you use my coupon code (‘pat1245’), they’ll take 15% off your order, and they’ll send me a free bag of coffee. This is a good deal for both of us.

I have to be honest. I’ve been drinking Craft Coffee longer than I’ve owned my Rancilio Silvia. Just enough people use my coupon code that I have never had to pay for their coffee. I’m still drinking it. I still recommend it to friends. I like it a lot. I think you should try it.

I usually ask people to tell me if I steered them wrong about this in the comments!

This has been a lot of fun. I ordered a popcorn popper with a free 4-pound sampler pack of coffee from Sweet Maria’s a few weeks ago. I put my Craft Coffee deliveries on hold, and I even have an unopened bag of delicious-sounding Craft Coffee in my kitchen. I’m having too much fun roasting delicious coffee!

I’ve paid more for a single 12-oz bag of coffee than I paid for the air popper and 4 pounds of beans, and the roasting process is much easier than I expected. I wrote about my early coffee-roasting experiences over at Butter, What?!. If you’re interested, you should check that out. 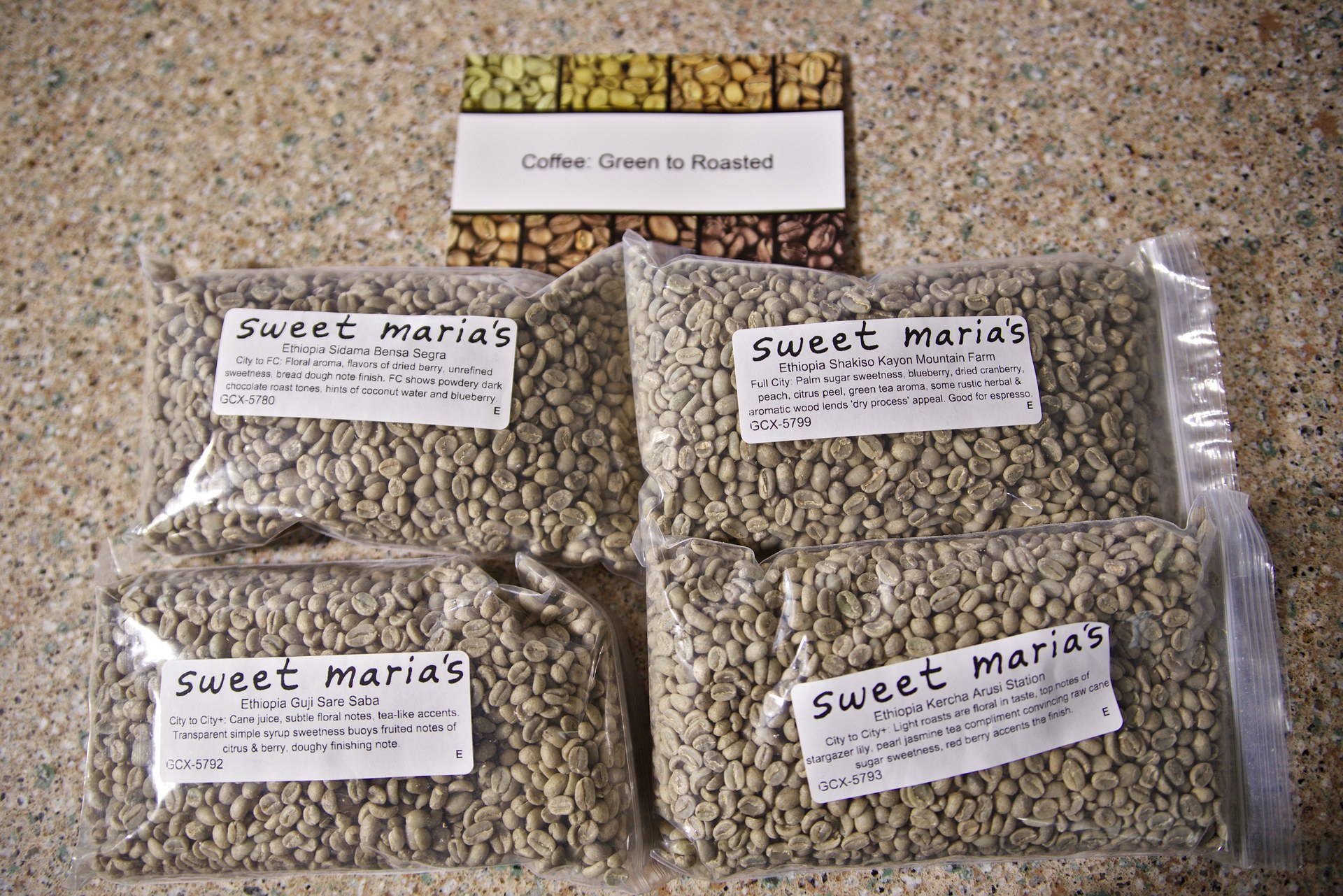 I’ve roasted two pounds so far, and I already ordered four more pounds from Sweet Maria’s. I chose four different Ethiopian beans this time. I can’t wait to see how that goes!

I haven’t quite worked the roasting into my latte-making routine. The last time I timed the process, I learned that I can make a latte in about six minutes. It takes about four minutes to roast a small batch of beans. I’m pretty confident that I could squeeze those steps in between my latte routing, and I would add less than two minutes to the process.

I think the idea of drinking the coffee I roasted yesterday is exciting!

While I was waiting for the replacement thermistor, I was thinking that it was a mistake to even order that part. I should be upgrading my Rancilio Silvia with a PID controller!

A PID controller is able to keep a precise temperature on your boiler. Miss Silvia’s simple thermistors mean her temperature swings quite a bit, and you never know exactly where she is. I’m pretty used to temperature surfing for my shots, but it would be nice to have a PID controller to eliminate the need.

You can get a PID controller unit for around $60. The nicer units do more than control temperature. They offer preinfusion and shot timers. Those units are around $200.

I’ve been avoiding this, because I don’t want my machine to be out of commission while I upgrade it. Doing the upgrade while it is already broken seems like a good plan.

I’d like to go a step further. I’d like a PID controller with WiFi. I want to tie my espresso machine into my home automation. I want her to be ready to go when it is time to make coffee.

The Rancilio Silvia has been a fantastic machine. After tens of thousands of hours of heating and well over 1,000 shots pulled, I’ve finally started to break a $12 thermistor. She’s a tank, and every replacement component is available to buy.

She’s been a good investment, and I’ve gotten a lot of enjoyment out of her. I’ve never had a latte as good as one of my own from Starbucks, and my lattes are a lot cheaper. I’d rather spend 6 minutes making my own latte than spend those same 6 minutes waiting in line at a coffee shop!

What do you think? Do you own a Rancilio Silvia? Do you own one of her competitors? Have you had as much luck as I have? Tell me about it in the comments, or stop by the Butter, What?! Discord server to chat about it!