I’m getting impatient. I want to upgrade to a newer, bigger, 4k monitor, but there aren’t any available that interest me. I wouldn’t mind having a slightly higher pixel density than my 27” WQHD monitors, and more pixels and screen real estate would be an excellent productivity booster, but I’m much too attached to 100+ Hz gaming to give up my QNIX QX2710 monitors just yet, because there are no 4K UHD monitors that can accept an input greater than 60 Hz.

At $1,200, the Acer Predator X34 is an expensive monitor. There are plenty of larger 4k monitors for half the price. Is a smaller, curved, 100 Hz monitor with 60% fewer pixels worth that kind of price premium?

I came to my answer pretty quickly. It just wasn’t a worthwhile upgrade for me.

I have a pair of QNIX QX2710 monitors on my desk. Mine are overclocked to 102 Hz, and they cost about $250 each these days. You can buy four of these for less than the price of a single Acer Predator X34, and you’ll have more than enough left over to buy some nice monitor arms.

Even so, the Predator X34 was still very tempting. I find all the ultrawide 1440p monitors interesting. I’m very pleased with the height of my QNIX monitors—if they were any taller, I’d be craning my neck more than I’d like. The 34” ultrawide monitors are about 30% wider than my QNIX monitors, and I currently find that’s very close to what fits in my field of view. 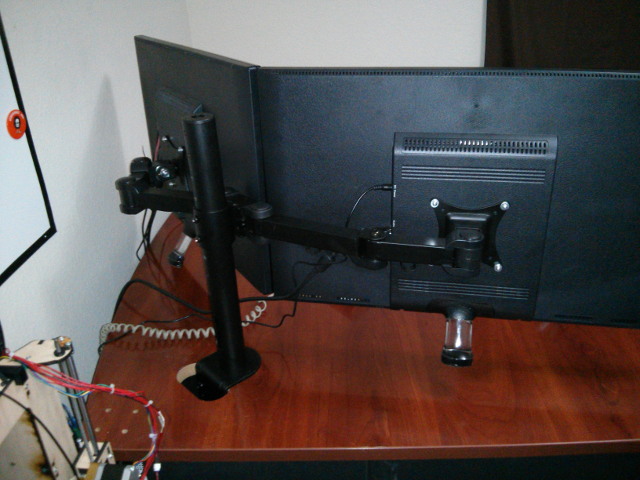 In theory, I could probably get by with a single monitor if it’s an ultrawide. In practice, though, I wouldn’t give up my existing monitors. I’d end up sandwiching that 34” ultrawide Acer Predator in between my existing QNIX QX2710 monitors. That’s just too much screen real estate, even for my large desk. My monitors are already over 4’ wide. If I added a 34” ultrawide, they’d be approaching the 7’ mark! I’d be constantly rotating myself, and I don’t want to have to do that.

Every time the Predator X34 goes on sale, I see all sorts of horror stories on Reddit about people having to send them back two or three times before finally receiving an acceptable monitor. It seems that most of the returns are related to backlight bleed.

I can live with some backlight bleed, and I expect it from a budget-friendly IPS monitor like the QNIX QX2710. However, I hope to acquire a more perfect specimen when spending $1,200.

I’m holding out for 4k

It has been almost a year since I last contemplated a monitor upgrade. At the time, my QNIX QX2710 monitors were still the right choice for me. If you’re a gamer, and you appreciate a monitor with a high refresh rate, the QX2710 is an amazing value. The Acer Predator X34 will be a good stepping-stone on the path to high-refresh-rate UHD monitors, but not with its current $1,200 price tag.

You can almost buy three Korean 2560x1440 monitors for half the price of the Predator. That would leave you with enough cash in your wallet for an Nvidia GTX 1080, and that’s the sort of video card you’ll need in the future if you want to drive a 3840x2160 monitor at anything close to 120 Hz!

Nearly twelve months after writing a post titled “Would I Still Buy a QNIX QX2710 in 2015,” I find myself asking essentially the same question. Would I still buy a QNIX QX2710, or any of the many other equivalent Korean monitors, in 2016? The answer is still an enthusiastic “yes,”“ and I bought two more for my wife’s desk last month, but I bet there are better alternatives on the horizon for gamers like me—gamers that want large, high-resolution monitors that are faster than 60 Hz!